Holography and cellular reprogramming in the quest for biomarkers 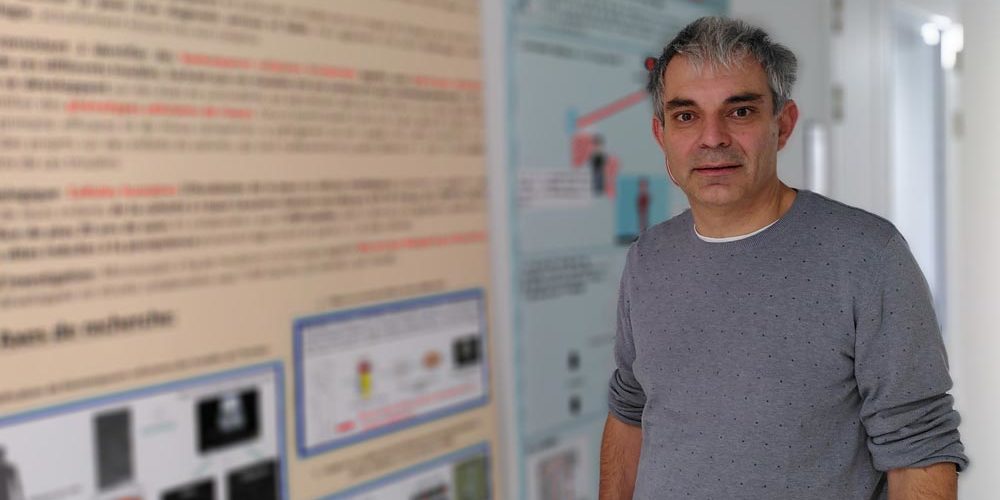 Bipolar disorders affect some 2% of the population. Patients present a wide variety of clinical symptoms of which many can be especially handicapping. A new approach to find biomarkers, driven by Pascal Jourdain, could change the game by improving treatment and diagnosis.

Therapeutic options for the treatment of bipolar disorder caused by both environmental and genetic factors are limited, with current options restricted to stabilising the moods of affected patients. It has been shown that children of bipolar parents are much more likely than children of healthy parents to develop the disorder. The identification of biomarkers of bipolarity in patients and their children would accelerate the diagnosis and the development of effective treatments. Such advances would also facilitate the implementation of preventive measures and improve knowledge of the biological component of the disorder. This is the focus of Pascal Jourdain’s work – a biologist in the group of Pierre Marquet – within the mixed international unit involving UNIL, the CHUV and ULaval, and in collaboration with Pierre Magistretti at the UNIL/CHUV.

His project combines two approaches: digital microscopic holography and the reprogramming of induced pluripotent stem cells (IPSC). « Holographic imagery allows us to measure the phase changes in light as it passes through a cell. The phase change is in most cases correlated with a change in volume of the cell, which is itself linked to ionic and water exchanges on either side of the cellular membrane. “Using this tool, we have been able to show that it is possible to measure the activity of certain co-transporters involved in psychiatric disorders, especially those transporting chlorin” explains Pascal Jourdain. In a first instance, with the support of the Fondation de Préfariger, the researchers in P. Marquet’s group studied fibroblasts– skin cells – taken from adult bipolar patients and healthy controls of the Synapsy WP#5 cohort managed by Professor Martin Preisig at the CHUV. The fibroblasts were cultured so as to determine their pharmacological profile and the specific role played by chlorine.

In order to observe neuro-developmental stages, the project is now seeking to re-programme the fibroblasts taken from adult bipolar patients and their healthy controls as IPSC cells, which can then be differentiated into a variety of neuronal options. The reprogramming can also be carried out from urothelial cells, which are easier to obtain from children. The objective is to identify, using in vitro cultivation, functional neuronal networks that carry the genetic heritage of each patient. Currently the project has reprogrammed cells from some 50 patients. Using the information gathered from the work with fibroblasts, Pascal Jourdain is on the lookout for anomalies in the pharmacological profiles of IPSC neurons that he can correlate with the formation of neuronal networks during development. Results are confidential for the moment while they are being written up, but Pascal Jourdain describes them as « very encouraging»!

In the future this research could lead to a personalisation of care and treatment specified to the biological profile of each individual bipolar patient and contribute to lifting the stigma associated with mental disorders by highlighting their biological component. ●