The future of psychiatric neuroscience is in sight

Twelve years after its creation, Synapsy closes the NCCR chapter and opens a network of faculty Centers in psychiatric neurosciences.

The NCCR Synapsy came to an end on September 30th, 2022, after the maximal twelve-year support provided by the Swiss National Science Foundation. Its researchers, more than 200 clinicians and neuroscientists, have conducted cutting-edge research that has made major contributions to identifying the basis of psychiatric illnesses and allowed the emergence of a new discipline in Switzerland: psychiatric neuroscience.

From 2010 to 2022, with a total budget exceeding 153 million Swiss francs, the NCCR has generated more than 1000 publications and propelled 5 clinical cohorts to significantly advance the understanding of autism spectrum and mood disorders, as well as schizophrenia and the consequences of stress on the brain. In addition to integrating neuroscience into various levels of physician’s training, it established the “Clinician-Scientist Program”, which has produced a dozen professors of psychiatry with neuroscience research skills. A start-up company with more than ten employees, six patents and a biobank collecting anonymous patient data have also been created.

Although the contribution of the NCCR-Synapsy to psychiatric neuroscience is already substantial and internationally recognized, much remains to be done to improve knowledge, screening, treatment and destigmatization of mental illnesses. This is why a network of three faculty Centers based at the Universities of Geneva and Lausanne, as well as at the EPFL will inherit the multiple know-how and valuable knowledge of the NCCR.

While the newly created Synapsy Network for Mental Health is still in the process of being established, as well as these two Lausanne Centers, the Synapsy Center for Mental Health at the University of Geneva already exists (https://www.unige.ch/medecine/synapsycentre/en/). The Synapsy Centers are currently recruiting neuroscience researchers and psychiatric clinicians to expand their network and continue to decode mental illness.

Farewell to the NCCR-Synapsy!
Long live to the Synapsy Network for Mental Health! 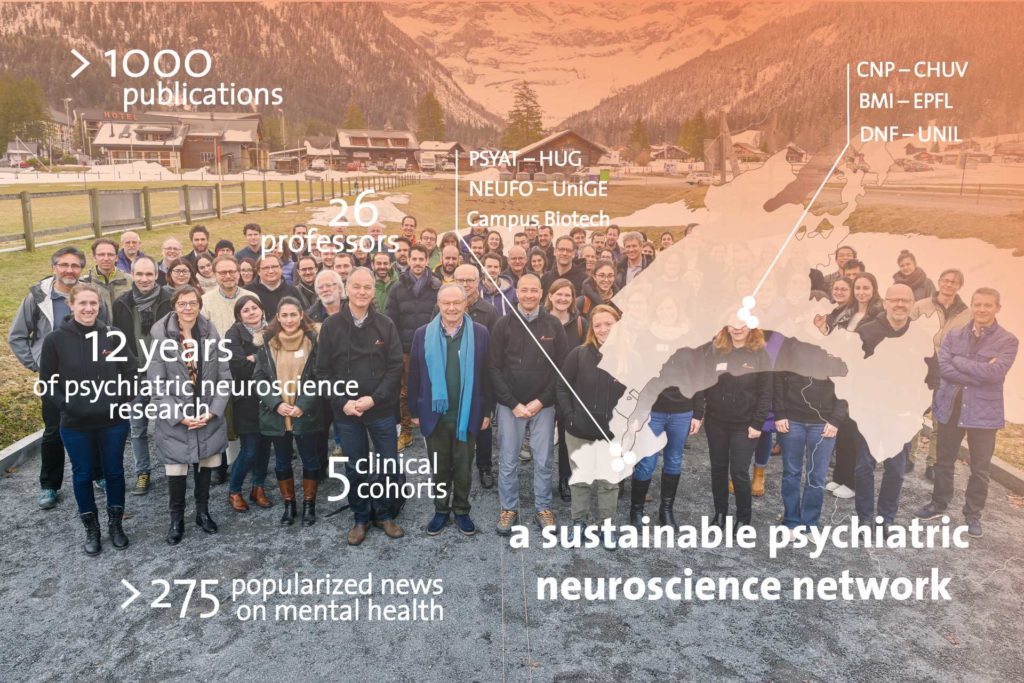