For the first time in neuroscience and psychiatry, a research center is bringing together laboratory scientists and clinicians.

This union could give rise to a better understanding of the mechanisms involved in the development of mental illness.

Our key : the brain

To understand the illnesses that haunt the brain, our scientists will head off in exploration of this most complex human organ. After establishing its geography (brain regions) and observing how its inhabitants (synapses and neurons) interact, they will build a road map of the neuronal connections traversing this mysterious country. In doing so, they hope to gain a clearer view of the functions and dysfunctions of the brain.

Our approach: between genes and environment

Many mental illnesses, such as schizophrenia, autism and bipolar disorder are to some degree genetic in origin. In parallel, the cultural, social and psychological context in which an individual is raised also influences the development of an illness. The challenge our scientists face is to sort out the roles of both of these factors on the origin and development of mental illness.

The first concerns the BIOLOGICAL FACTORS (AXIS I ►)
They influence development, from conception to the first years of life, in view of identifying the genes that could affect vulnerability to mental illness (in brown below).

They are associated with life experience, which could leave an imprint in the brain (in orange below).

Bridges are built between these two research areas. 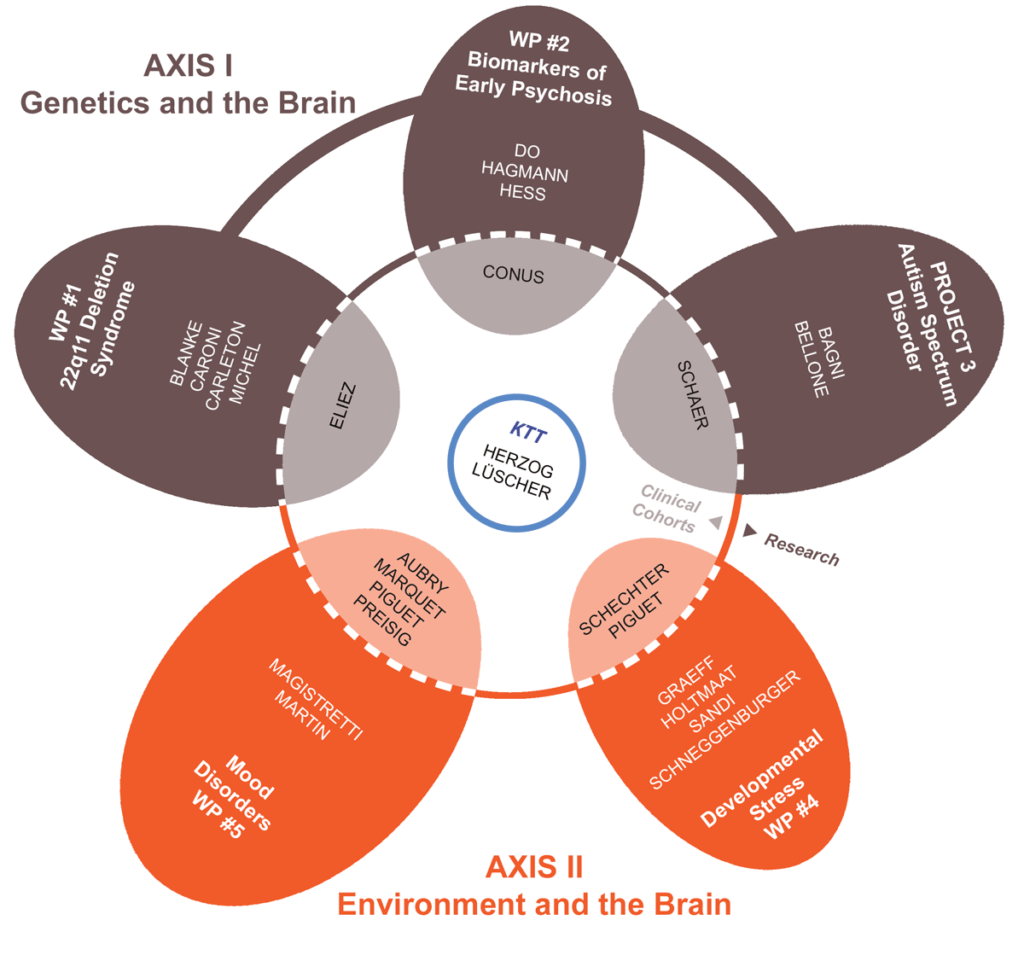