An innovating treatment of psychosis based on biomarkers 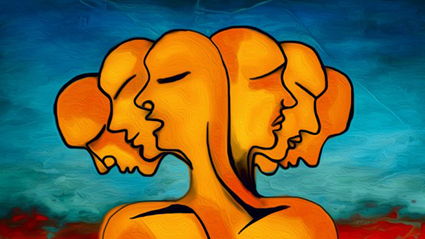 Two units of the Department of Psychiatry, in partnership with the Harvard Medical School, have tried innovative treatment in patients who have recently developed psychosis. Their results were published in the journal Schizophrenia Bulletin.

The Schizophrenia Research Unit of the Center for Psychiatric Neuroscience (Prof. Kim Do Cuénod) and the Department of General Psychiatry (Prof. Philippe Conus) of CHUV, in partnership with Harvard Medical School, Boston (Prof. Larry Seidman), have conducted a clinical trial with N-acetyl-cysteine (NAC) in patients who have recently developed a psychosis.

The N-acetylcysteine (NAC), an anti-oxidant substance with no side effects used clinically for various indications, is also a precursor of glutathione, one of the most important brain antioxidants, whose metabolism is disrupted in patients. A study, conducted a few years ago by the same group in patients suffering from chronic schizophrenia, had demonstrated that the addition of NAC to the usual neuroleptic treatment had a beneficial effect on certain symptoms of the disease (deficits of communication, expression of emotions and socialization), and improved auditory signal processing and neuronal synchronization, assessed through the electroencephalogram.

With this in mind, this same group began in 2009 the study of the impact of the addition of NAC in patients going through earlier stages of the disease. In this clinical trial, young patients who had recently developed a psychosis, received, in addition to the standard neuroleptic treatment, either NAC or a placebo, for a duration of 6 months. The results, published in the February 2018 issue of the journal Schizophrenia Bulletin, show that:

These results, which need to be confirmed on a larger scale, open the way to an innovative treatment, based on neuroprotection and guided by the measurement of biomarkers of psychosis. It is, indeed, a first step towards personalized treatment, whose indication can be defined on the basis of biological markers, and whose effectiveness can also be measured biologically, which is a first in the field of psychiatry.