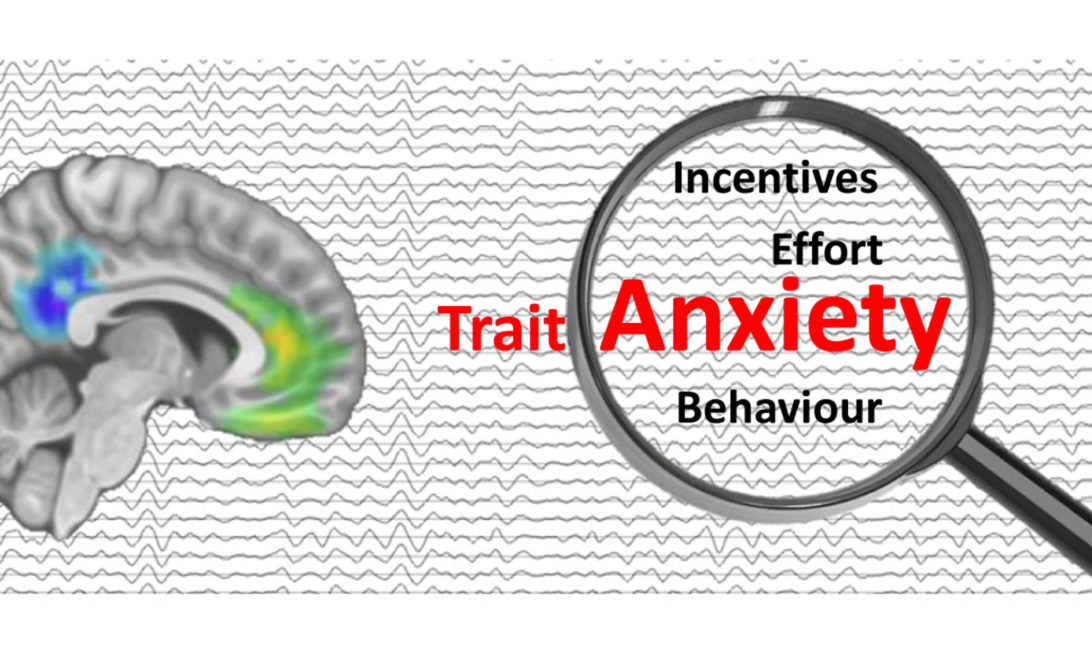 The combined expertise of Carmen Sandi and Christoph Michel’s labs allowed to better understand the neurological basis of trait anxiety, a risk factor for the development of neuropsychiatric diseases.

Trait anxiety is a personality dimension related to the extent to which events are perceived as potentially threatening. The identification of the underlying neurobiological mechanisms may advance the understanding of stress-induced neuropsychiatric disorders, particularly anxiety disorders and depression. It has been shown to relate to several aspects of cognitive functioning: high-anxious individuals tend to take more time when completing cognitive tasks than low-anxious ones. Moreover, and in order to avoid negative consequences that may derive from poor task performance, anxious individuals seem to increase cognitive effort aimed at boosting their performance when compared to low-anxious ones. Since little is known about the influence of trait anxiety on motivated behavior or physical effort, Synapsy researchers joined their expertise in order to investigate this.

Behavior and EEG Joined Together

Dr. Cristina Berchio, senior researcher at the University of Geneva and first co-author of the study, explains that the study “used a modified version of the monetary incentive delay (MID) paradigm. Individuals could earn different monetary incentives, from 25 cents to 1 franc, by squeezing a handgrip. The study used EEG to assess brain responses to different incentive levels, and focused in the investigation of reward anticipation.”

Anterior Cingulate Cortex as a Biomarker

The goal of the Synapsy researchers was to apply a dimensional approach that integrate behavioural aspects of anxiety and high-resolution EEG to interrogate the fine-grained temporal dynamics during the MID task. First, they asked whether trait anxiety relates to differences in behavioral strategies. Then, they interrogated the dynamics of brain activation following the presentation of the different incentive levels. “High anxious individuals showed an increased sensitivity to monetary incentives, and their brain responses to low incentives markedly differed from those of non-anxious individuals. Specifically, high anxious individuals showed heightened activation of the anterior cingulate cortex when presented with the lowest incentive levels” explains Cristina Berchio. The study reveals a role for the anterior cingulate cortex in trait anxiety-related differences in incentive processing when rewards are dependent on effortful performance. The research team will now study their finding in the reward system, in the context of eating disorders, collaborating with Synapsy affiliated member Nadia Micali, based at the University of Geneva.