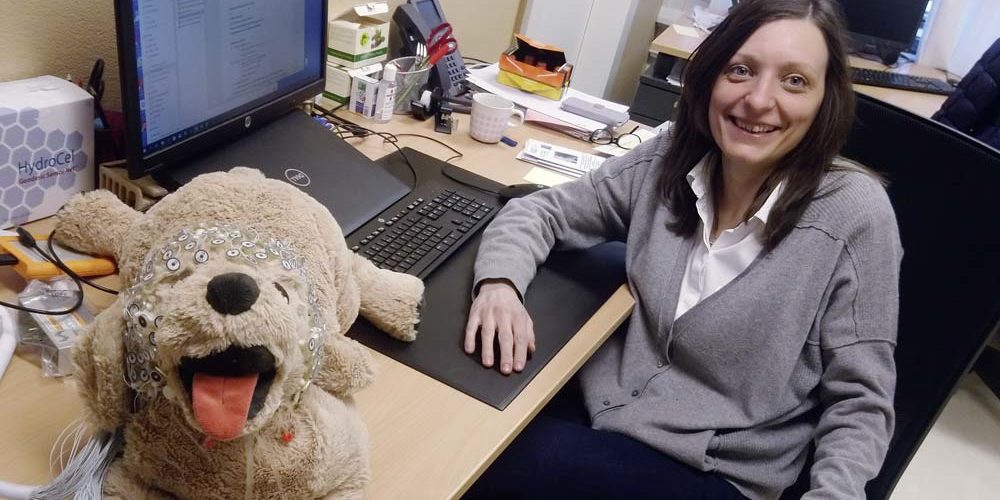 The neurological basis of trait anxiety, a risk factor for the development of neuropsychiatric diseases, revealed by Synapsy researchers.

Trait anxiety is a personality dimension related to the extent to which events are perceived as potentially threatening. The identification of the underlying neurobiological mechanisms may advance the understanding of stress-induced neuropsychiatric disorders, particularly anxiety disorders and depression. Since little is known about the influence of trait anxiety on motivated behavior or physical effort, Synapsy researchers joined their expertise in order to investigate this.

Dr. Cristina Berchio, senior researcher in the laboratory of Jean-Michel Aubry and Christoph Michel at the University of Geneva, who performed this research in collaboration with Joao Rodrigues from the Carmen Sandi laboratory at EPFL, explains their approach: “we applied a dimensional approach that integrates behavioral aspects of anxiety and high-resolution EEG to interrogate the brain fine-grained temporal dynamics during a specific task”.

Anterior Cingulate Cortex as a Biomarker

Synapsy researchers used a modified version of the so-called Monetary incentive delay paradigm where individuals could earn different monetary incentives by squeezing a handgrip. They used EEG to assess brain responses to different incentive levels, and focused on the investigation of reward anticipation.