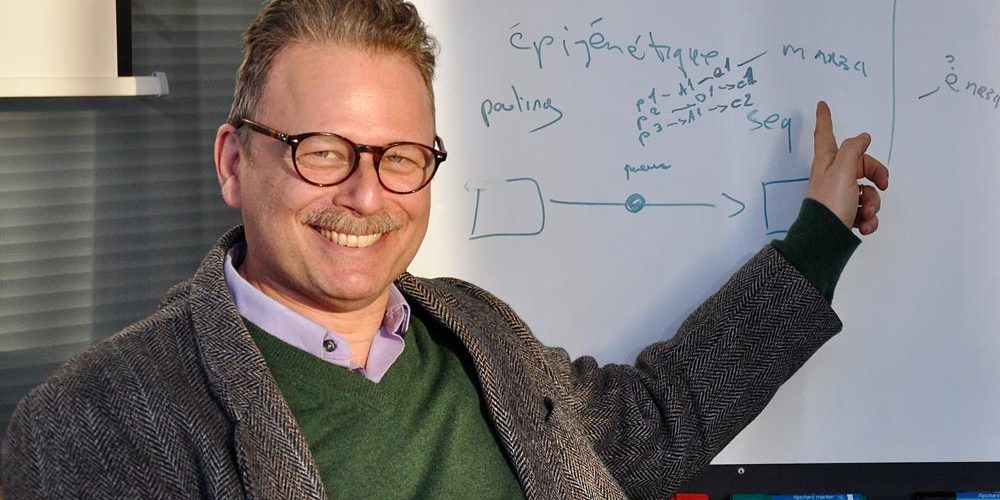 Synapsy has been following the children of mothers suffering from post-traumatic stress disorder due to interpersonal violence since they were 12 months of age. They are now reaching maturity, just like research projects designed to understand and treat stress-related disorders.

Domestic violence is all too common in Switzerland, states from the outset Daniel Schechter, medical director for perinatal and young child research in the SUPEA Department of Psychiatry at CHUV and a Synapsy researcher for the work package on developmental stress (WP#4) at the University of Geneva. In 2018, Swiss police logged 18,522 domestic violence offenses, thought to represent barely 38% of the total estimated cases of domestic violence. According to the Swiss Federal Statistical Office (FSO), the main victims of this violence are women, with 109 deaths recorded out of 120 for the period 2009–2018. A 2017 Eurostat analysis found that this is higher than the worldwide average. Furthermore, many of the women who survive will develop stress-related psychiatric illnesses, including post-traumatic stress disorder (PTSD). Worse still, they can transmit anxiety and stress-related disorders to their offspring, as evidenced in the results of the Synapsy researcher.

As chance would have it, the publication of this newsletter coincides exactly with the twentieth anniversary of Daniel Schechter’s research into the effects of maternal exposure to violence on the mother-child relationship, and child developmental psychopathology. “It all started”, begins Daniel, “at Columbia University in New York City with responsibility for a clinical population of families with children ages 0 to 5 years who had experienced or were at risk for maltreatment that I inherited when I was appointed as Medical Director of the infant mental health ambulatory care program. I realized that we had lots of clinical information about the children, but very little about the mothers apart from the observation they themselves had suffered severe trauma”.

In fact, Schechter discovered that 90% of the mothers had clinical symptoms of PTSD and other stress-related disorders, which—in his opinion—must have had an effect on the clinical reality of their young children. As Daniel explains: “The mothers see their children as being uncontrollable, aggressive and authoritarian. And they use inappropriate vocabulary to describe the behavior of a baby: he’s manipulative, dangerous or even sexy.” Schechter set up an in-depth study into these cases between 2000 and 2008 on American soil with the support of a NIMH Research Career Award, all this before being hired by the University of Geneva and joining Synapsy in 2010. It was then that he decided to replicate and extend his New York studies, creating the WP#4 cohort.

During the first two four-year phases of Synapsy, Schechter and his team discovered that PTSD mothers had a distorted and negative interpretation of their children’s behavior; they were also poor at identifying emotions in themselves and in their children. They and their children displayed both dysregulation of interactive behavior, stress physiology (i.e. salivary cortisol reactivity), and neural activity in response to emotionally evocative stimuli. Maternal patterns of neural activity in response to seeing videos of their children during play and separation (i.e. medial prefrontal cortical hypoactivity) was predictive of social-emotional difficulties among their children in a longitudinal follow-up. Through their interactive behavior, traumatized mothers may have in many cases inadvertently communicated stress and anxiety to their children during the latter’s sensitive early development. Young children, in many cases, provoked maternal intrusiveness and/or avoidant behavior that is disorganizing to the relationship.

The children went on to develop problems noted 4 years after they were first seen in Synapsy as toddlers. These now school-aged children were the subject of research using high-density electroencephalography (EEG) carried out by Virginie Perizzolo at the University of Geneva (read “Breaking the transmission of trauma”). As Schechter briefly explains: “Growing up with unpredictable, at times intrusive, at times emotionally unavailable mothers makes these children much more vigilant about what their mothers do and feel. This means they use more brain energy than the average child when analyzing the emotions given off by a face, especially negative emotions.”

Children of mothers with PTSD are also, as Schechter pointed out earlier, less reactive to stress and have low levels of cortisol when exposed to stress (see boxed text, below the editorial). “Nevertheless,” continues Schechter, “since these children appear to be more vulnerable to anxiety and stress-related disorders, they tend to be much more stressed in their everyday lives.” Daniel now wants to try to understand how their development evolves during the peri-pubertal period, bearing in mind that puberty is itself especially stressful.

In parallel, Schechter is keen to find out whether an intervention can help these children improve the way they manage their stress. The psychiatry researcher plans to use mindfulness meditation techniques (read the related highlight “Anti-stress meditation”). Camille Piguet’s and Paul Klauser’s “Mindfulteen” cohort has been included in the WP#4 cohort for this purpose. Piguet’s brain imaging expertise means that it will be possible to carry out magnetic resonance imaging (MRI) measurements under stress conditions—something that has not been possible until now due to the young age of the subjects—in order to identify the neural areas involved.

A team of researchers made up of Virginie Perizzolo and Dominik Moser, former doctoral students of Daniel Schechter who have been taken for this project, will also work on the cross-modal analysis of the data from the different techniques collected so far. Finally, concludes Schechter: “We’re going to work on Synapsy’s legacy, launching a new project where the goal will be to observe what happens during the prenatal period through the first year of life.”