A new role for serotonin in psychiatric vulnerability 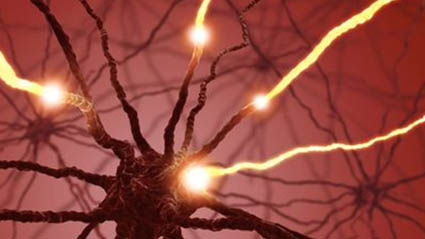 Prof Dayer’s team has unveiled the crucial role of a serotonin receptor in the assembly of brain circuits.

At the University of Geneva, professor Dayer’s team has recently discovered the crucial role of a serotonin receptor in the phenomenon of brain development. These results allow a better understanding of the key role serotonin plays in the assembly of brain circuits as well as its potential role in the vulnerability to develop psychiatric disorders. The article is published in Nature Communications.

In order to better understand the influence of serotonin in the developing brain, Alexandre Dayer’s team examined a particular receptor subtype (the 5-HT3AR), and the role it plays in the formation of brain circuits. The researchers were able to show that this receptor, which is expressed in inhibitory interneurons, was required for neurons to find their correct location in the developing cortex. Inhibitory interneurons are the cells that regulate excitement in order to avoid potentially pathological cerebral over activity.

Through a series of experiments in mice, scientists were able to demonstrate that stimulating this receptor modifies the activity and migration of inhibitory interneurons during a specific phase in their migratory process. This mechanism allows them to position themselves correctly in the different layers of the cortex, a key step in the development of brain circuits.

Conversely, a poorly functioning receptor can change the setup of the circuits, and could potentially explain the behavioral problems observed in the 5-HT3AR knock-out mice. This study opens the door to larger studies on the role of serotonin in brain development. “Our discovery poses several important questions,” emphasized Alexandre Dayer, “including about the use of medicine by pregnant women which could modify foetal serotonin levels. We also want to understand how early stress acts on this receptor and modifies the function of the neurons in question.” Professor Dayer’s team is now working on these questions as part of the NCCR-Synapsy, and in collaboration with the groups of Prof. Carmen Sandi (EPFL) and Prof. Anthony Holtmaat (UNIGE).