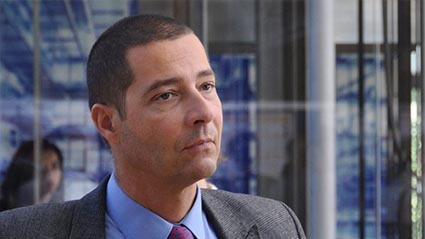 As Synapsy is addressing 22q11 deletion syndrome and schizophrenia in its seventh Newsletter, the 22q11 cohort is reaching maturity, poised to deliver the fruits of a successful synergy between clinical work and fundamental research. Synapsy looks back at the origins of the cohort and discusses its promising future with Stephan Eliez.

Stephan Eliez returned from Stanford, California in 2001 to start work as an independent researcher in Geneva. Armed with the experience of setting up a first cohort of 30 patients with 22q11 deletion syndrome in the United States, Eliez repeated the experiment as soon as he arrived. His aim was to use genetics and imaging to quantify the symptoms of schizophrenia clinically. The future Synapsy research was in line with Eliez’s vision, namely to find a correlation between human clinical data and the fundamental mechanisms detected in animal models at the molecular and cellular levels as well as at the level of neuronal networks. It made perfect sense for Eliez to take part in developing the Synapsy project with Pierre Magistretti, Dominique Muller and others in 2010, as Eliez himself explains: “Synapsy was the unique opportunity to understand the physiological and patho-physiological mechanisms related to 22q11DS; it was the missing link between genetics and the neurodevelopmental phenotype of the disease.” Today, there is nowhere else in the world which brings everything together around the same cohort: genetics, EEG, brain imaging, cognitive neuroscience and clinical work. “It is the logic of the Swiss watch, where every part is machined and nested with extreme precision. It is a way of differentiating our cohorts from other cohorts with larger funding support,” adds the professor.

In the first two phases of the Synapsy project, Work Package 1 (WP#1) succeeded in establishing a resonance between the human cohort and the mouse lineages. This link, explains Eliez, “means we can now set up cross-validation protocols between observations made on mice and human observations.” In the third phase of Synapsy , pre-symptomatic patients will be treated during the right neurodevelopmental time-window to avoid loss of hippocampal differentiation with the same drug approaches identified by the fundamental neuroscientists. Conversely, the resilience factors observed in humans will be studied in mice. Three axes will be looked at in detail: (i) stress and its impact on key neural circuits; (ii) cannabis and the link between consumption and the development of schizophrenia; and (iii) medication designed to protect the mechanisms of parvalbumin neuron functioning in connection with the studies of the Alan Carleton and Pico Caroni groups.

Synapsy and its 22q11DS cohort are entering a key phase where the use of the animal model will be geared towards clinical work. “We are going to test the differences with an undeniable advantage: the rapid brain development of the mouse model,” concludes Eliez.