Genetics to stratify the WP#5 cohort 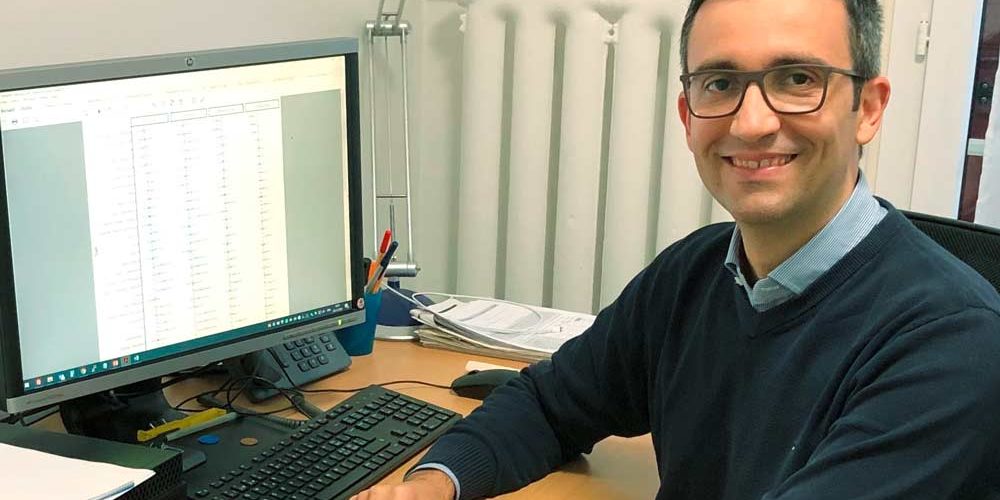 Giorgio Pistis is profiling polygenic scores to understand whether genetic risks associated with particular pathophysiological pathways are higher in specific sub-groups of patients of the mood disorder cohort. Synapsy met him to find out more about his project.

Giorgio Pistis is a geneticist, working as a postdoc at the Centre d’épidémiologie psychiatrique et de psychopathologies (CEPP) of the CHUV, in Martin Preisig’s group, under Synapsy WP#5.

His role in the Preisig lab is to apply Polygenic Risk Score (PRS) analyses to patients and healthy controls involved in three high-risk cohorts — the Lausanne-Geneva Study, the Canadian Flourish Study and the population-based CoLaus|PsyCoLaus study — to quantify the genetic contribution to mood disorders.

In Search of Genetic Risk Variants

The PRS is a number that quantifies risk variants identified in the DNA that can contribute to the onset of a given disease, in this case bipolar disorder or depression. A patient experiencing mood disorder would have a higher score (number of risk variants) than a healthy control.
In these three studies, genetic data from some 4500 individuals, patients and healthy controls has been collected. This data is analysed against the background of wider studies of the human genome, named genome-wide association studies (GWAS). GWAS provide lists of genetic variants associated with a given disease, which can be used to calculate the PRS of the participants of the three studies.

“One study we looked at in the literature produced a list of genetic variants associated with major depression from a cohort of 800,000 individuals (patients and healthy controls). We look to see if, using those variants, we can split our depressive patients from our controls. We also investigate whether specific depression subtypes overlap with aggregates of genetic variants that influence biological pathways known to be relevant to depression.”

The study expects to find that early onset probands will have a higher polygenic score for bipolar disorder or depression disorder, and that a lower score will be seen for late onset patients.

The Holy Grail of Modern Psychiatry

The PRS are analysed for their potential to stratify, and identify subgroups of patients in the mood disorder cohort. This is a hot topic in psychiatric genetics because the diseases involved are very heterogeneous. While identifying genetic markers for other diseases might be relatively easier, for highly heterogeneous entities like depression, or bipolar disorder, the constellation of symptoms is vast and the overlap of contributing factors highly complex.

As work proceeds, Giorgio and his colleagues are discovering that within the main group of people suffering from mood disorder, there are subgroups that can be distinguished by genetics.
The next important aspect is to hypothesise about the link between the PRS and specific symptoms and pathways.

One advantage of the teams involved in Synapsy WP#5 is that they already have a deep knowledge of these diseases and their symptoms. Hypotheses about the relevance of the variants identified for mood disorder can thus be formulated more convincingly. ●