Mapping the emotional management of trauma 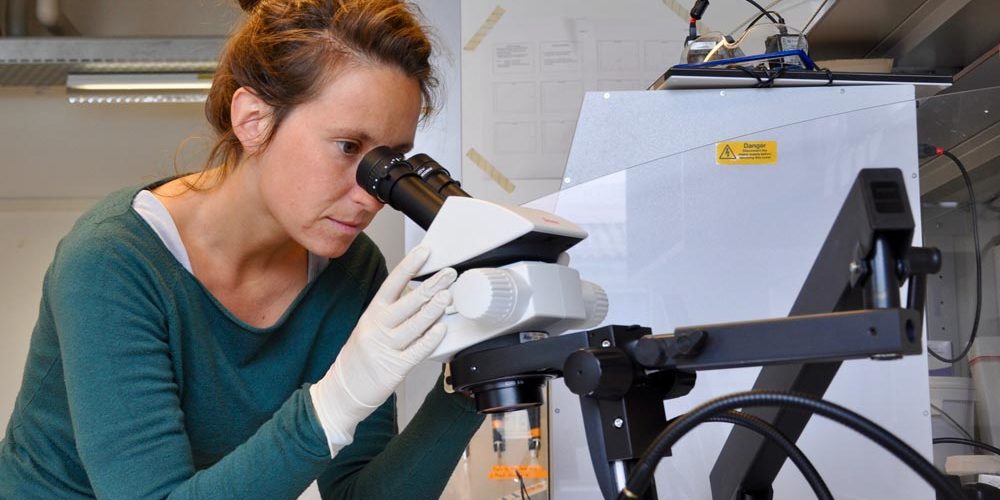 Trauma can induce fear pathologies, which are treated using psychotherapeutic approaches whose brain pathways have recently been identified.

Fear leaves traces in the brain, and remembering it causes a feeling of discomfort. During extreme trauma—such as the shock of war, interpersonal violence or road accidents—a condition called post-traumatic stress disorder (PTSD) may occur. Although most people manage to live satisfactorily with the memory of their trauma, individuals who develop PTSD are terrified of everyday reminders. For instance, an innocuous red car that has been parked properly in the street may cause anxiety attacks in a person who has experienced a road accident.

Although patients do not manage to get rid of these anxieties themselves, there are effective therapeutic approaches known as exposure-based therapies. The very act of repeatedly reliving past events and describing the associated fears in a psychotherapy session succeeds in greatly reducing the symptoms. This process has long intrigued neuroscientists seeking to understand the neurobiological mechanisms involved, and it is the question that interests Bianca Silva, a postdoctoral fellow in the laboratory headed by Johannes Gräff at EPFL.

The first observation the young researcher made whilst reviewing the literature was that “the work undertaken on the subject doesn’t address the question properly. The vast majority of the experimental paradigms used to induce trauma and then directly start exposure therapy. But, in reality, PTSD only shows itself months, if not years later.” As a result, the team led by Gräff embarked on a new experimental paradigm to start the investigations anew from the beginning, namely identifying the brain circuits to reduce long-lasting traumatic memories in mice.

To address this question, Bianca uses a technique based on c-Fos expression—a transcription factor where the level of expression increases sharply with neuronal activity—that means it is easy to quantify activity. “It’s a bit like doing magnetic resonance brain imaging but statically,” explains Bianca. Mice are conditioned to fear by being exposed to electric foot shocks in an environment designed for this purpose. After a month during which they return to the peaceful life of laboratory mice, they are re-exposed to the same environment—but without the electric shock—in order to evoke the memory of fear (known as fear recall). They are subsequently repeatedly re-exposed to this environment until they realise that it is not hostile and their fear disappears (known as fear extinction). The level of c-Fos expression is then measured.

“Our first observation was that the brain structures involved in recent memory are not engaged.” It is the thalamus, and more particularly the nucleus reuniens, that demonstrates the greatest c-Fos expression. This nucleus receives connections from many brain structures, mainly limbic. And it sends projections to the medial prefrontal cortex, the hippocampus, the entorhinal cortex and many other associated structures.

A structure for unlearning

Interestingly, the nucleus reuniens was not only active at the end of the extinction procedure (when fear levels are back to normal), but also during the very initial stages of extinction, when fear levels are still high. To directly investigate the role of the reuniens in extinction Silva applied an inhibition strategy using chemogenetic approaches. This is a combination of techniques borrowed from genetics and pharmacology used to activate and deactivate neuronal activity, DREADD respectively. Inhibition of the nucleus reuniens specifically impaired the fear extinction process, while its activation ameliorated it.
“This suggests that the nucleus reuniens is only involved in the extinction phase and that activating it could help the mice calm their fear without having to go through a long re-exposure procedure.” This is the system that Silva has implemented using optogenetics tools — a combination of techniques from genetics and optics to activate and deactivate neuronal activity. She discovered that the high-level fear mice are able to quench their fear much more easily when their nucleus is artificially activated. “A simple reminder in the conditioning environment was enough to make them unlearn and return to reasonable fear levels. The activation of the nucleus is therefore sufficient in itself!” Bianca and the group led by Gräff are now in the process of identifying what types of neurons are involved in these extinction mechanisms and are refining the discovery of the mechanistic paths involved in PTSD psychiatric theories.