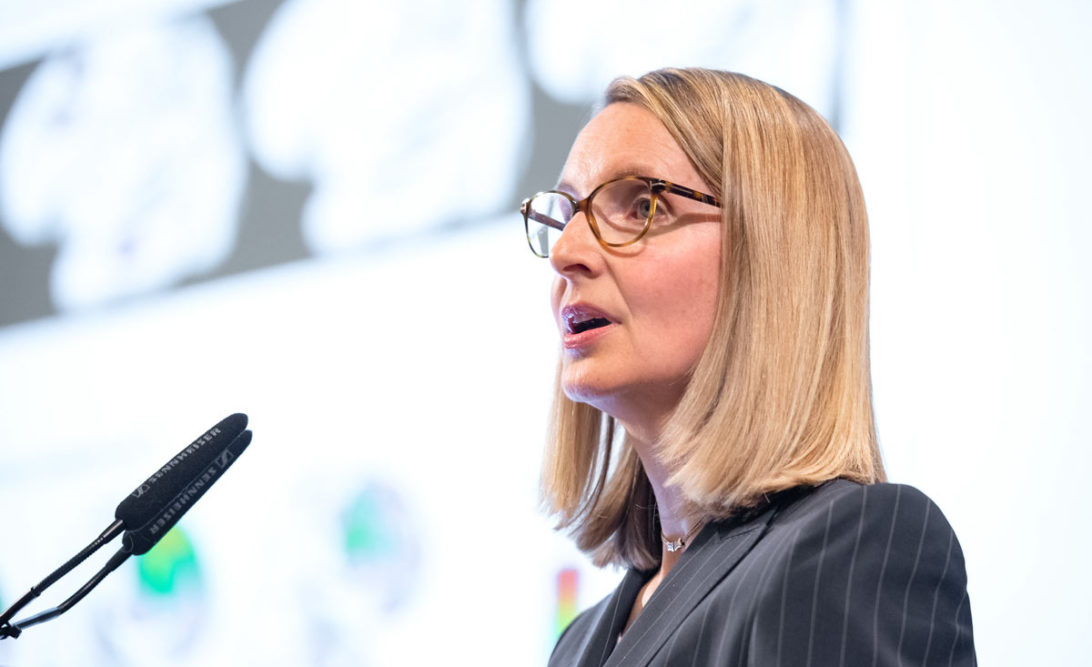 As well as being a full professor in the Faculty of Biology and Medicine at the University of Lausanne (UNIL), Kerstin von Plessen is director of the Division of Child and Adolescent Psychiatry (SUPEA), Department of Psychiatry at CHUV. Professor von Plessen joined UNIL / CHUV in 2017 after medical school and an MD-PhD in Norway followed by an international career spent at Columbia University, the University of Bergen and Copenhagen University. Kerstin is a child psychiatrist especially interested in Attention-Deficit/Hyperactivity disorder (ADHD) and Tourette’s syndrome (TS), as well as in detection, prevention and treatment programs for children with parents with mental disorders.

The clinical researcher aims to study mental illnesses by investigating their neurobiological basis during development in a transdiagnostic approach. Her goal is to identify biomarkers, genetic factors and endophenotypes at an early stage in order to enable early diagnosis and treatment. Professor von Plessen is also studying the self-regulating factors that help to recover certain cognitive abilities. “Lots of children with a neurodevelopmental illness have reduced self-regulation capacities. Self-regulation is an important part of resilience, which is the ability to develop normally in spite of a trauma or adversity with a high risk of a negative outcome. There are few data on the subject even though we could develop specific cognitive training and other more general facilitating approaches to correct the malfunctions,” explains the professor.
To do this, Professor von Plessen intends to examine resilience factors during brain development. “These are factors the children could learn to master, such as cognitive control, the importance of self-efficacy or other factors, such as the importance of strong relationships and “sense” in life and we can help them develop these factors which we know determine their mental health in the future. It’s important to strengthen these children with neurodevelopmental problems during development because they are disadvantaged both academically and socially.” Professor von Plessen advocates cognitive mediation, neurofeedback and any approach that allows the child to regulate him or herself.

Finding a way to care for children so they can take back control of their lives is what motivated Kerstin to practice medicine as a young child (she is the daughter of a psychiatrist and a logopedist). “It’s definitely down to the encouragement I received from my parents that I noticed at a very young age that some of my classmates had behavioral problems, without anyone really knowing what they were about. Later, it was a great discovery when understanding that those are related to their human development and related to the brain, which is why I took an interest in psychiatry. Many small things that can happen during a lifetime and have an important impact on the brain development of a child– this appeals to me due to the potential that a child has and the importance of their experiences”. The researcher thinks that priority should be given to non-drug treatments when caring for children, because, we do not know sufficiently about the effects of medication on the brain’s development and because studies that compare both approaches, show a superior sustainability of behavioral approaches.

Kerstin von Plessen’s approach requires extensive translational work since much fundamental knowledge has been accumulated without being put in place in the clinical approaches to treat children. Translational research on its own justifies her affiliation with Synapsy. “We can’t work in separate silos! We have to mix different branches so we can put all the data together and formulate a common equation,” she concludes. ●