Emmanouil Dermitzakis – “Producing Something Together is so Rewarding!” 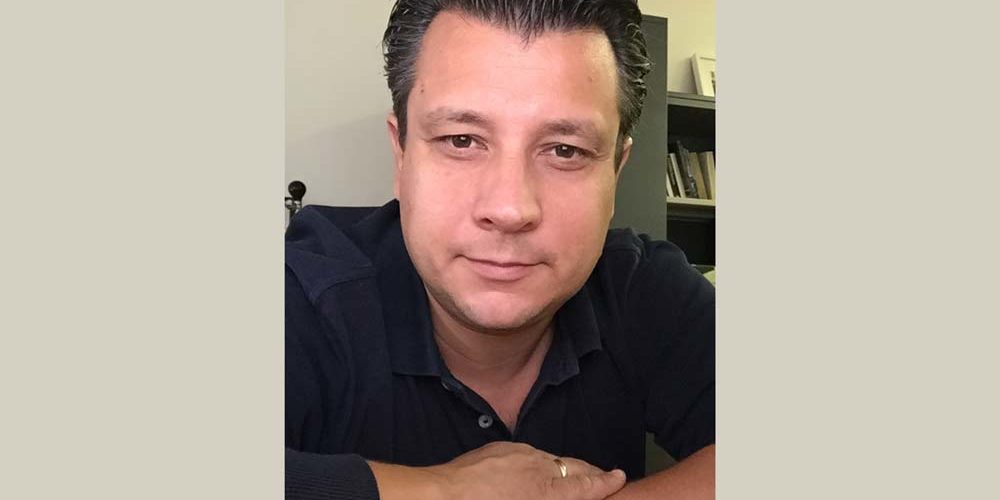 Emmanouil Dermitzakis is from Heraklion in Greece. After studying biology at the University of Crete, Emmanouil completed a PhD in genetics at Penn State University. He then joined the University of Geneva as a post-doctoral fellow in the laboratory led by Stylianos Antonarakis. Emmanouil left the Swiss City in 2001 to set up his own laboratory at the Sanger Institute, a leading genomics center based near Cambridge, before returning to Geneva in 2009 as a full professor in the Department of Genetic Medicine and Development in the Faculty of Medicine. Emmanouil’s laboratory works on genetic variants and their causality link with complex diseases such as diabetes or cancer. He has been an affiliated member of Synapsy since 2018 and is keen to help the consortium with his expertise on genetic variants. We met him on the margins of his seminar during the last annual retreat in Villars.
Why did you choose to study genetics?
I have always been very interested in DNA structure. When I was in last year of high school, I focused all my attention on a book about genetic engineering. There were two pages in the middle that described how to clone genes into vectors and how to transform cells and flies. I realized that doing engineering with DNA was possible! Since I was hesitating between biology and architecture, I found this amazing. So, that’s why I decided on biology, and I knew genetics was going to be my primary focus.
Do you have any interest in the brain?
Not particularly, to be honest. My “organ” of interest is DNA! My initial studies concentrated on thinking about DNA function and how that function is modified by genetic variants. I was trying to find the simplest possible model where you can study this, and the brain is not the simplest possible model, either in terms of complexity or the availability of samples. The first experiments in our lab were done with cell lines and, progressively, with tissues and organs. I’ve been working for a while on type 2 diabetes, cardiovascular disease and cancer. In the same way that a cardiologist studies the heart, geneticists study genomes. But the genome is everywhere, brain included.
Does working on psychiatric disorders with Synapsy members inspire you?
Producing something together is so rewarding, I’m very excited. I like to work with a lot of people who have complementary ideas and complementary expertise. I’m just stating the obvious but it’s not good when you’re the smartest person in the room. You need to be in a group where you’re constantly intellectually challenged. I am not talking about intelligence but about expertise and the information people can bring to the table. Initially, things are going to be very hard because we won’t share the same language. I’m very excited because I’m going to learn more, and learning is always the scientist’s intention, my intention.
Collaborations and synergies are important for research; what more should be done to stimulate them?
Funds are always a good motivation for doing things; they force people to work together because that’s where they get the money. It’s a kind of top-down approach for saying: “Show me that your collaboration is fruitful and here’s the money” but it’s actually a good thing. The Swiss community, while extremely strong in basic science and individuality, is not so strong when it comes to team science. Switzerland has not traditionally funded projects where a team has to work together on a single problem. Even the Synergia grant from the SNSF has not been as good because it’s not large enough. The SNSF and other organizations should force more people to work together because that’s the way you can make the money produce more knowledge. You bring different minds together, they bring different perspectives and you get more out of it! Scientists are selfish, and their instincts push them to be the first to discover something. The adrenaline shot of seeing something in a cell that nobody in the world has ever seen is amazing! However, the speed at which you can get these results increases massively when you do team science.