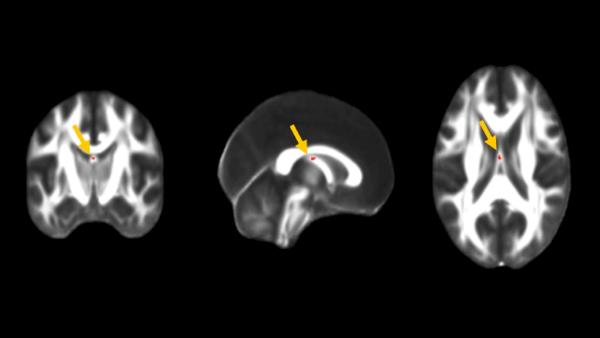 Synapsy reviews the highlights and discusses the future of its work package on early psychosis for which the similarities between early-stage psychoses are calling to synergies.

Psychoses develop in stages. In the early phases, the various psychotic syndromes overlap as they gradually evolve towards well-defined clinical features and disabilities. The initial stages of schizophrenia, which are the central subject of the second Synapsy work package (WP#2), are characterized by the heterogeneous nature of patients with multiple clinical symptoms. Since distinct neurobiological mechanisms seem to underlie these successive stages, researchers think that specific treatments should be used for each of them. Some of these mechanisms have been identified during the first two Synapsy phases, and are now opening up new strategies for clinical intervention.

To understand how the neurobiological mechanisms involved in the early phase of schizophrenia were discovered by WP#2, we have to go back to the initial work carried out by Kim Do and her collaborators. Before the beginning of Synapsy they showed that glutathione deficiency was observable in schizophrenic patients (see interview with Kim Do). As glutathione is part of the antioxidant defense system, it has dramatic consequences on neuronal function and survival if it is deregulated. Why? Because the brain requires a highly efficient antioxidant system to counteract the production of free radicals generated by its high oxidative metabolism leading to high oxygen consumption (25% of the body’s oxygen).
Once the teams led by Kim Do and Philippe Conus came together under the Synapsy umbrella, they focused on the neurobiological and clinical consequences of this glutathione deficiency and how to counter them. They first observed that polymorphism of the glutathione synthesis genes was more prevalent in schizophrenics and that it resulted in a functional effect. Using studies on transgenic mouse models, Kim Do’s team observed that the parvalbumin interneurons in the ventral part of the hippocampus –a region involved in emotions– are the most affected when oxidative stress rises. These neurons are critical for neural synchronization and cognitive function. More importantly, according to her : “Anxiety problems have appeared in our animal models without any disturbance to the spatial memory, a function that is performed in the nearby dorsal hippocampus.” This is an interesting observation since it suggests that glutathione deficiency underlies a specific phenotype in the early stages of schizophrenia.

The influence of trauma

Although it is fundamental, the genetic basis of pathological mechanisms does not explain the environmental component. For example, traumas that occur during childhood are known to influence the development of psychoses in at-risk patients. According to the literature, stress generates increased levels of dopamine, and this is thought to play a part in the development of psychoses. To demonstrate the link between trauma and schizophrenia, Kim Do’s team succeeded in mimicking the increase in dopamine due to trauma-induced stress by using reuptake inhibitors in targeted brain regions at various stages during neurodevelopment. This approach, says Kim Do, allowed to identify a critical period during which the dopamine increase is an aggravating factor for schizophrenia. When observed in mice, this period corresponds to peripuberty and childhood in humans. Kim Do was then able to demonstrate that an increase in dopamine in the anterior cingulate cortex heightened oxidative stress, leading to an impairment of paravalbumin interneurons, their neural synchronization, and producing an impact that persists until adulthood. “If the same manipulation is carried out after this sensitive period, there is no long-term impact,” says the researcher. In short, the Synapsy researchers have discovered one of the neurobiological mechanisms underlying the interaction between genetic and environmental risks, on the basis of schizophrenia.

Back to the patient

This breakthrough goes hand-in-hand with the discovery of biomarker-based approaches. The mechanisms observed in mice were subsequently confirmed in patients. They now provide new perspectives for therapeutic targets. “It’s important not just for early diagnosis but also for developing novel treatments. Current pharmacological treatments—i.e. antipsychotics—do not improve the negative symptoms of schizophrenia nor the cognitive deficits. In addition, they have various negative side effects. Alternative solutions are therefore urgently needed,” says Kim Do.
The second great achievement of phase 2 was a clinical study focused on the add-on treatment with a glutathione precursor, N-acetyl-cysteine (NAC), which Philippe Conus and the translational team tested in early psychosis patients. Although the results should be confirmed in a larger sample of patients, the clinicians, in collaboration with Rolf Gruetter’s group, observed that NAC crosses the blood-brain barrier and increases cerebral glutathione. A significant improvement in the cognitive state was observed, together with an improvement in the structural connectivity of the fornix (see Figure)and the functional connectivity of the cingulum. Moreover, NAC improved positive symptoms such as hallucinations and delusions in a subgroup of patients with high blood oxidative status.
These highly promising clinical trials pave the way for biomarker guided treatments for patient subgroups. “We would like to be able to boost the studies into the early phase of the disease,” explains Philippe Conus. The Synapsy network and the synergies between its working groups will be very useful in phase 3. The WP2 researchers are now collaborating with Stephan Eliez and Marco Armando to strengthen the cohort and the recruitment of high-risk patients prior to the first psychotic episodes. The idea is to create an open longitudinal program for young people aged 12 to 25, the period during which psychiatric disorders develop. “Since psychiatric disorders have overlapping dimensions, we’re going to build more bridges between the different working groups and ensure that international collaborations begin,” says Philippe Conus. The success of the third Synapsy phase will therefore depend on pooling data and resources, and on the ability of researchers to form local and international synergies.