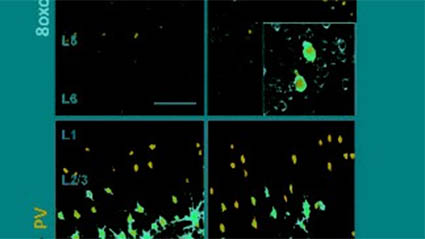 Kim Q. Do’s group show that cell-specific regulation of redox state balances critical periods of brain plasticity; essential as disruption of natural critical periods in brain development may be at the root of schizophrenia.

Prof. Kim Q. Do’s team from the Center for Psychiatric Neuroscience (CNP), in collaboration with researchers from the Harvard University have just made a new discovery in the understanding of schizophrenia. This major leap forward is published in Biological Psychiatry.

By pooling expertise and data the researchers proposed that a possible mechanism at the basis of schizophrenia could be the perturbation by oxidative stress of specific circuits defining a critical period of plasticity in brain development. A shift in the timing and profile of the critical period may lead to the distinct impairments seen in schizophrenia patients.

Indeed, results in mice demonstrated that oxidative stress induced in parvalbumin-positive neurons prevented their maturation and this inhibited culmination of a critical period in the visual system. “The redox dysregulation hinders both normal development and proper maturation of parvalbumin neurons and the cells involved in myelin formation. It is precisely these two cellular mechanisms that are responsible for the activation and then closure of the critical periods,” explains Prof. Do.

We can speculate that this finding may be generalized to other sensory, cognitive, emotional and social systems. Such critical period prolongation may offer novel therapeutic strategies for cognitive interventions to correct abnormal brain plasticity in schizophrenia.