Identification of a causal mechanism of schizophrenia 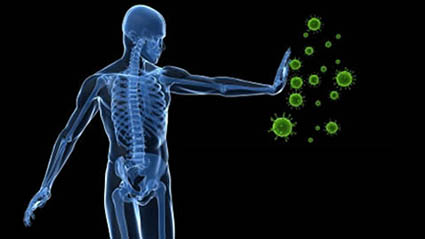 The Schizophrenia Research Unit has identified a common genetic mechanism for schizophrenia and autism, which induces impaired cognitive performance of the brain.

The Schizophrenia Research Unit (URS) of the Center for Psychiatric Neuroscience (Prof. Kim Do-Cuénod) of the CHUV Department of Psychiatry recently published an article in the journal Molecular Psychiatry. There is evidence of a genetic mechanism common to schizophrenia and autism in many experimental models of these diseases. These are abnormalities, independent of the glutathione system, which also induce oxidative stress and impaired cognitive performance.

Deregulation of the brain’s oxidation system
Until now, researchers have shown that deregulation of the human body’s oxidation system, involving a lack of glutathione -one of the most important brain antioxidants- was one of the mechanisms that could lead to disease. The question then arose as to whether other causal factors of schizophrenia could also lead to deregulation of the oxidation system.
There are, in fact, a large number of animal models based on genetic or environmental abnormalities, which do not affect the synthesis of glutathione. These models reproduce some aspects of schizophrenia or autism and have been developed in laboratories in Zürich, Denmark and Boston, Cambridge, Pittsburg and Washington in the United States. In collaboration with these colleagues, the URS has studied these other mice and has shown that almost all show a deregulation of the brain’s oxidation system, responsible for the abnormalities of parvalbumin neurons in the prefrontal cortex. These neurons play a key role in cognitive functions (memory and attention, concentration planning action) whose disruption in nearly 80% of patients is a determining factor of the difficulties they encounter in everyday life.
Thus these results suggest that the very diverse mechanisms identified as potential causes of schizophrenia or autism have in common the fact that they induce oxidative stress, which itself impedes the normal functioning of parvalbumin neurons, so important for all cognitive functions. They also demonstrated that the administration of an antioxidant substance not only reduces oxidative stress but also restores parvalbumin neurons and their function.

In addition to the fact that these observations show that oxidative stress probably plays a more general role than what was imagined in the past, they open the way to new therapeutic strategies aimed at restoring the regulation of the oxidation system. An example is N-acetyl-cysteine (NAC) whose positive effects, in addition to the usual neuroleptic treatment in patients going through the first stages of schizophrenia, were the subject of a publication published in October 2017 in Schizophrenia Bulletin (cf. our News 5459).