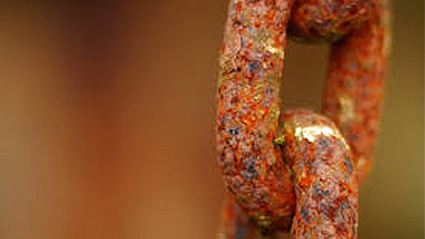 A joint team between the Lausanne CHUV and Harvard American University paves the way for a new neuroprotective treatment for schizophrenia.

Three questions to Kim Do, head of the Center for Psychiatric Neuroscience at the CHUV-Prilly:

You have successfully tested a new treatment for schizophrenia. What is it about?

Today, several data suggest that oxidative stress in the brain [an attack of the cells by free radicals, which can have a genetic or environmental origin -Editor’s note] plays an important role in the development of various forms of schizophrenia, a multiform syndrome affecting about 100,000 people in Switzerland. This oxidative stress induces neuronal lesions that cause, among other things, cognitive disorders. But we believe that a generic anti-oxidant drug with no side effects, the N-acetyl-cysteine (NAC), can restore balance and alleviate certain symptoms. The NAC is a precursor of glutathione, one of the most important brain antioxidants, whose metabolism is disrupted in about one third of patients. We had already shown in a previous study a positive effect of the NAC in people with chronic schizophrenia but only on some so-called negative symptoms of the disease -loss of energy, social withdrawal, blunting of emotions. This time, we wanted to test if this molecule has a neuroprotective effect on patients at the beginning of the disease.

How did you proceed?

In collaboration with the team of Prof. Philippe Conus, Head of the General Psychiatry Department of the CHUV, we conducted a clinical trial of 63 people who have recently developed a first psychotic episode. They received oral either NAC or placebo for six months, in addition to their standard neuroleptic treatment. As a result, we observed a direct effect of the drug, increased brain glutathione, using a gentle and non-invasive technique, the spectroscopic imaging. We measured improvements in cognitive functions, particularly a 20 to 30% increase in the speed of information processing. Until today, no drug had shown a positive effect on these cognitive deficits which are very disabling for patients. Finally, in a subgroup of patients with high levels of oxidation in the blood, the administration of NAC also decreased other symptoms of the disease such as hallucinations and delusions. This decrease seems all the more important as the level of oxidation is normalizing in the blood.

Can we already consider administering this treatment?

First we need to validate the effectiveness of the NAC on more patients. Plus we have to seek if there is not a more performing antioxidant substance. But, with this study, we have already established that there is a subgroup of patients for whom this drug is very effective. This is an important step towards the personalization of treatments.