Two EPFL spin-offs reach the finals of an international competition 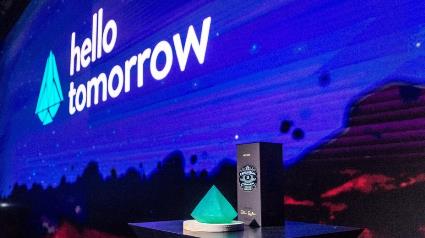 EPFL spinoffs Lumendo and GliaPharm are among 80 deep-tech startups from around the world that have qualified for the finals of the Hello Tomorrow Challenge in Paris tomorrow. The finalists will pitch their company to a jury of technology specialists and investors. In addition to vying for cash prizes, the startups are gaining valuable visibility.

Gliapharm and Lumendo will pitch the jury in Paris tomorrow at the Hello Tomorrow Challenge. This is one of the leading biotechnology startup competitions in Europe, designed to showcase deep-tech startups that are working on complex engineering processes or using existing technology in an innovative way. Five hundred companies made it into the competition, but only 80 of those have made it to the finals – and they will square off tomorrow in Paris. The two EPFL startups have their sights set on the top prize of 100,000 euros, but they will also make the most of the international visibility that they are gaining.

Until now, glial cells have not been a major focus of neuron research or treatments for neurological and psychological disorders. Yet in the 1990s, imaging techniques gradually revealed the importance of these cells in the brain’s functioning. Not only do they interact with neurons, but they are also necessary for the neurons’ survival, provide them with energy and clear out their waste. Pierre Magistretti, now an honorary professor at EPFL, and his team discovered several mechanisms by which neurons activate glial cells and identified some molecules that play a role in consolidating memory. These discoveries suggest that glial cells could be a useful target in treating psychological and neurological disorders.

That’s where GliaPharm comes in. When the company was created in 2016, it already had several molecules of interest to explore. One of them could help treat amyotrophic lateral sclerosis, the degenerative disease that Stephen Hawking suffered from. The company, based on Campus Biotech in Geneva, has now tested it on rodents. It already holds two patents, for molecules used to treat dementia and depression. GliaPharm has a distinct competitive advantage, because treatments targeting glial cells are still rare. Even better, according to CEO Sylvain Lengacher: “Among companies working on glial cells, we’re the only one that’s targeting metabolic pathways, that is, exchanges between brain cells.” After focusing almost exclusively on its research program in 2018, the company intends to enter several startup competitions in 2019 in order to enhance its visibility and set the stage for an initial fundraising round midway through the year.

When it comes to root canals, slipped discs and aneurysms, the medical filler developed by Lumendo, a startup created in 2018, could save dentists and surgeons precious minutes. In a root canal, for example, it normally takes around 30 minutes to fill a hollowed-out tooth, since the material used has to be compressed and dried in stages. Lumendo’s filler, which is applied with a catheter and then hardened with an optical fiber, shortens the time required by a factor of ten.

It was during his PhD studies at EPFL’s Laboratory of Biomedical Orthopedics and Laboratory of Applied Photonics Devices that Andreas Schmocker, the company’s CEO, came up with the idea of a medical filler. But if he wanted to develop it for commercial purposes, he needed the right light-sensitive molecule to dry the material extremely quickly. He found what he was looking for at ETH Zurich, in a molecule developed by chemist Mark Bispinghoff, now the company’s CTO. Lumendo’s 2019 goals are to test its dental-filling technique on animal cells so that it can then turn its invention into a marketable product and start raising money.