How a wine taster gets a good nose 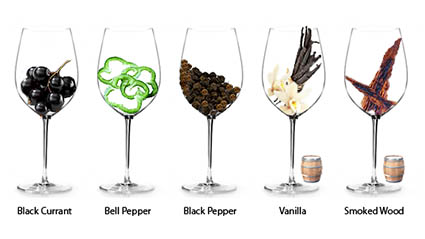 Professor Carleton’s group have just revealed that olfactory training leads to enhanced odorant detection and discrimination. They show that this happens by plasticity at early stages of odour processing in the sensory periphery in adults and endures after training. The results are published in the on-line journal eLife.

To learn new things, information about the environment must be detected and encoded by the sensory system and relayed to the brain. To smell something, for example, odorant molecules activate specific receptors in the nose and communicate the information to brain structures called glomeruli located in the olfactory bulb. Each odorant activates a unique subset of glomeruli according to its chemical class and concentration. The odour information encoded in this spatial pattern or ‘finger-print’ is then relayed by olfactory bulb neurons to the cortex and eventually to a synthesised perception of the odour.
Professor Alan Carleton and his team of neuroscientists at Geneva University and at the NCCR-Synapsy, set out to understand how olfactory learning works. They took two groups of adult mice and exposed them to two odorants; the first group was trained to discriminate the two odours to obtain a reward (associative learning) while the second group had passive exposure to the same odorants.

When the two groups of mice were re-exposed to the odours they observed that the reward trained mice activated more glomeruli and more strongly compared to a control group that had not previously encountered the odours, while the passively exposed mice did not differ from the control group. Strikingly, the induced functional plasticity in the trained mice lasted for several weeks.

Brain imaging provides an ‘olfactory map’ for mice showing the brain regions activated by odorants as spatial patterns and also illustrates that associative learning alters this map. The modifications are distinguished at the level of the glomeruli, i.e. in the olfactory bulb and not in the olfactory cortex showing that experience dependant plasticity can also occur in the periphery of the adult mouse sensory system.

Humans have a very similar sensory system to mice and these findings suggest that associative learning could lead to improved odour perception in adults. Perfumers and wine tasters have increased odour perception and it now seems very likely that this enhanced sensitivity is due to repetitive sensory training rather than to a particular gift.