Discovery of a neuronal population that filters sensory information 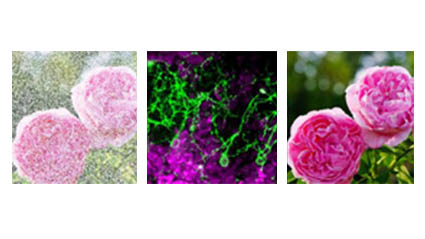 Our five senses collect data for complex perceptual systems in the brain allowing us to make sense of the world around us. The stimuli entering the brain in the form of sound, sight, touch, taste and smell are selected and ordered by circuits relaying information to higher brain areas. Unnecessary stimuli from all the environmental stimuli are thereby filtered out allowing us to react accordingly with our surroundings. Shaping transfer of sensory information has been observed in all sensory systems including the olfactory system. Appearing today in Nature Communications, Alan Carleton, project leader at the NCCR Synapsy, and his team identifies and characterises a new group of panache shaped neurons controlling the transfer of sensory information at an early stage of the olfactory pathway.

Sensory input filtering or ‘gating’ is impaired in some psychiatric diseases, including schizophrenia and bipolar disorder likely resulting in sensory overload and highlighting the importance of shaping sensory inputs by brain networks.
Researchers from the Department of Fundamental Neurosciences and the Faculty of Medicine at Geneva University (UNIGE) studied the gating phenomenon in the mouse olfactory system: the most important sensory system in rodents.

Tracking an odour between the nose and the brain

To smell something odorant molecules activate specific sensory neurons in the nose and communicate the information as electrical activity to the olfactory bulb, the first brain structure to treat the coded information before it is relayed by olfactory bulb neurons to the cerebral cortex for perception of the odour.

It is notably in the olfactory bulb that the researchers identified a novel population of neurons by combining mouse genetics, immunohistochemistry and electrophysiology techniques. These panache shaped neurons are quite rare representing about 1% of the olfactory bulb neurons and ideally positioned to have a key role in gating, critical for balanced smell perception.

The neuroscientists from Carleton’s lab then went on to use optogenetics to specifically stimulate the neurons and modify electrical activity. In the presence of odorants, light-evoked suppression of odour evoked firing was observed in olfactory bulb output neurons of mice. By controlling output neurons, the panache shaped neurons cooperate in controlling transfer of information from sensory neurons to cortical centres and thereby participate in filtering odorant information. A compelling observation is that all this happens very early in the sensory pathway: at the level of the olfactory bulb. Although odours are detected the same way by the nose, panache cells filter the generated electric signal immediately after transmission in the olfactory bulb and before the olfactory cortex.