Towards a new diagnostic tool for autism and schizophrenia 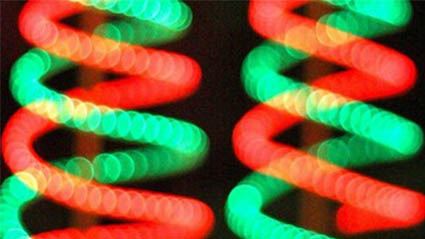 Professor Draganski’s team analysed brains from people at risk of developing autism spectrum disorder and schizophrenia. This led to the discovery of a potential biomarker for preclinical use.

Autism spectrum disorder, schizophrenia and obesity all have in common a ‘bad’ copy of a short fragment of chromosome 16p11.2. Differences at this site cause brain anatomy changes modulating specific neural circuitry in systems involved in reward, language and social cognition. Combining molecular genetic, neuro-imaging and clinical approaches the scientists from the CHUV and UNIL were able to bring evidence to support the correlation between gene dosage errors and brain anatomy. This work paves the way to the development of new psychiatric diagnostic tools and was just published in Molecular Psychiatry.

Each individual’s genes are usually present as two copies in each of their cells. However sometimes this is not the case: errors may arise during the process of parents passing a copy of their genes to their offspring leading to spontaneous changes in the offspring’s genetic make-up. Short segments of DNA can be lost (so called “deletions”) or inherited in a double copy from one of the parents (offspring will inherit three copies then, a so called “duplication”).

A preclinical biomarker
In this study, performed in collaboration with the department of Medical Genetics, CHUV and the Centre for Integrative Genomics at the University of Lausanne under the direction of Professor Bogdan Draganski, head of the Laboratory for Research Imaging (LREN) and a member of NCCR-Synapsy, the scientists investigated a group of copy number variation carriers at 16p11.2 with no sign or almost no sign of diagnostic criteria for the psychiatric diseases. The outcome is clearly mathematical: the number of gene copies at this locus is inversely proportional to the grey matter volume and white matter tissue properties in cortical and sub-cortical regions implicated in reward, language and social cognition processes. The brain anatomy volume changes present in these individuals with near absence of psychiatric disease diagnoses but who are carriers of a mutation are the same as those found in patients diagnosed with autism spectrum disorder or schizophrenia and may therefore be considered as intermediate disease phenotypes.

“We interpret the anatomical changes found in healthy carriers who are at high risk of developing a psychiatric condition as markers of genetic predisposition to neuropsychiatric disorders” explains Anne Maillard, co-author of the article. “They can therefore be used as preclinical biomarkers of autism spectrum disorder or schizophrenia”.

Detecting illness early and before the onset of the clinical signs using a non-invasive approach provides a precious diagnostic tool for neuro-clinicians. Fine scale analysis of brain anatomy variations in human populations will provide a unique opportunity to find out the relative contributions of genes to human behaviour and cognition.