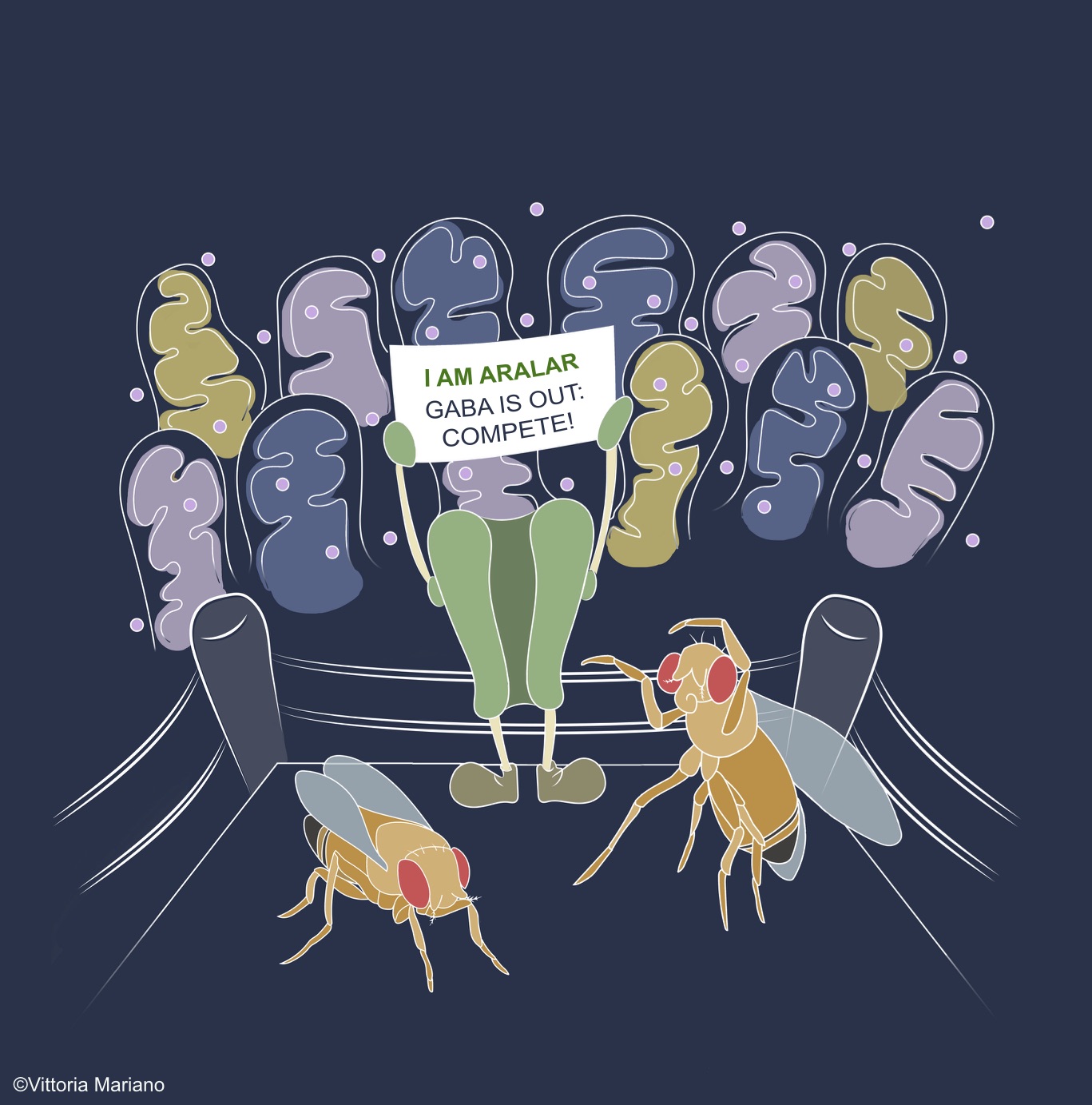 A New Publication on Social Deficits by Claudia Bagni’s Group

At a time when our entire society has to increase social distance because of Covid-19, Claudia Bagni, a Synapsy member and Professor of neuroscience at the University of Lausanne, goes against the trend and publishes a paper that highlights a mechanism to improve group behaviours and ultimately social interactions. Her publication demonstrates that a mitochondrial dysfunction affects social behavior and identifies a signaling pathway involving the mitochondrial transporter Aralar and the neurotransmitter GABA.

This work is relevant for Synapsy as social interaction deficits are the hallmark of autism spectrum disorder and schizophrenia. In her study, Alexandros Kanellopoulos, first author of the manuscript together with Claudia Bagni and international collaborators show that Drosophila mutants in the homolog of the human CYFIP1, a gene linked to autism and schizophrenia, exhibit mitochondrial hyperactivity and altered group behavior. The researchers identify the regulation of GABA availability by mitochondrial activity as a biologically relevant mechanism and demonstrate its contribution to social behaviors. Specifically, increased mitochondrial activity causes GABA sequestration in the mitochondria, reducing GABAergic signaling and resulting in social deficits. Pharmacological and genetic manipulation of mitochondrial activity or GABA signaling to correct the observed abnormalities. Bagni’s group identifies Aralar as the mitochondrial transporter that sequesters GABA upon increased mitochondrial activity. Their study, published in the prestigious journal Cell, increases our understanding of how mitochondria modulate neuronal homeostasis and social behavior under pathophysiological conditions.

Claudia Bagni’s team has generated concrete evidence that this mechanism discovered in Drosophila is preserved in mammals (unpublished observations) with the future perspective to ameliorate social skill deficits.